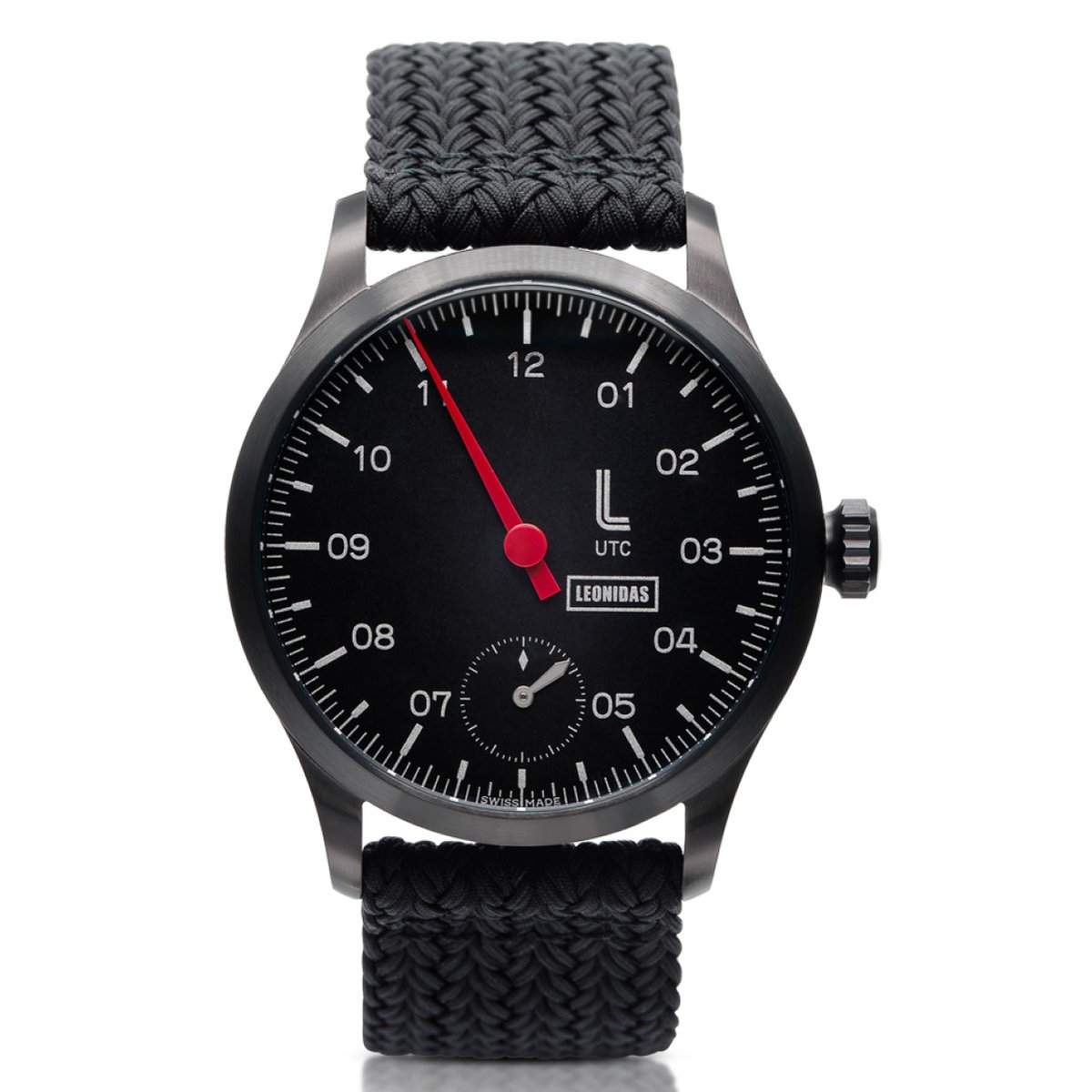 A watch inspired by the Grande Corniche road running from Nice to Roquebrune-Cap-Martin. The D2564 was built by Napoleon I and offers quite extraordinary views over the beautiful Cote d’Azur. Quicker roads exist between the two points but that’s not the point of the Grande Corniche. It's a drivers road.

The 450m is for those who take the D2564 instead of the A8. It's a timepiece for those who set their own schedule, not for those who are slaves to it; that would require a minute hand - something conspicuously absent from this model.

Design inspiration for the piece was taken from vintage analogue speedometers of old. The single hour pointer mimics the needle on such devices.

Traditionally analogue speedometers carried the initial of their marque somewhere on the dial along with the unit of speed designated by country of manufacture. As a nod to the traditional layout the 'L' logo was created to represent the Leonidas marque, KM/H was replaced with UTC, the abbreviation for Universal Coordinated Time.

The rear ratchet wheel represents one of the many challenging stretches along the Grande Corniche road, its highest point being 450m above sea level.

The 450m NUIT RH replicates the 'Topless' version in all aspects, we just dressed it up with a dial.

Due to current demand please allow for up to three weeks to ship your timepiece.

Our Instagram feed is where all information regarding new model release dates and times will be published first. Our timepieces sell out incredibly quickly; follow us @leonidaswatch to stay informed and to ensure you don't miss out when the 450m is released

0
Your bag is empty
Start shopping